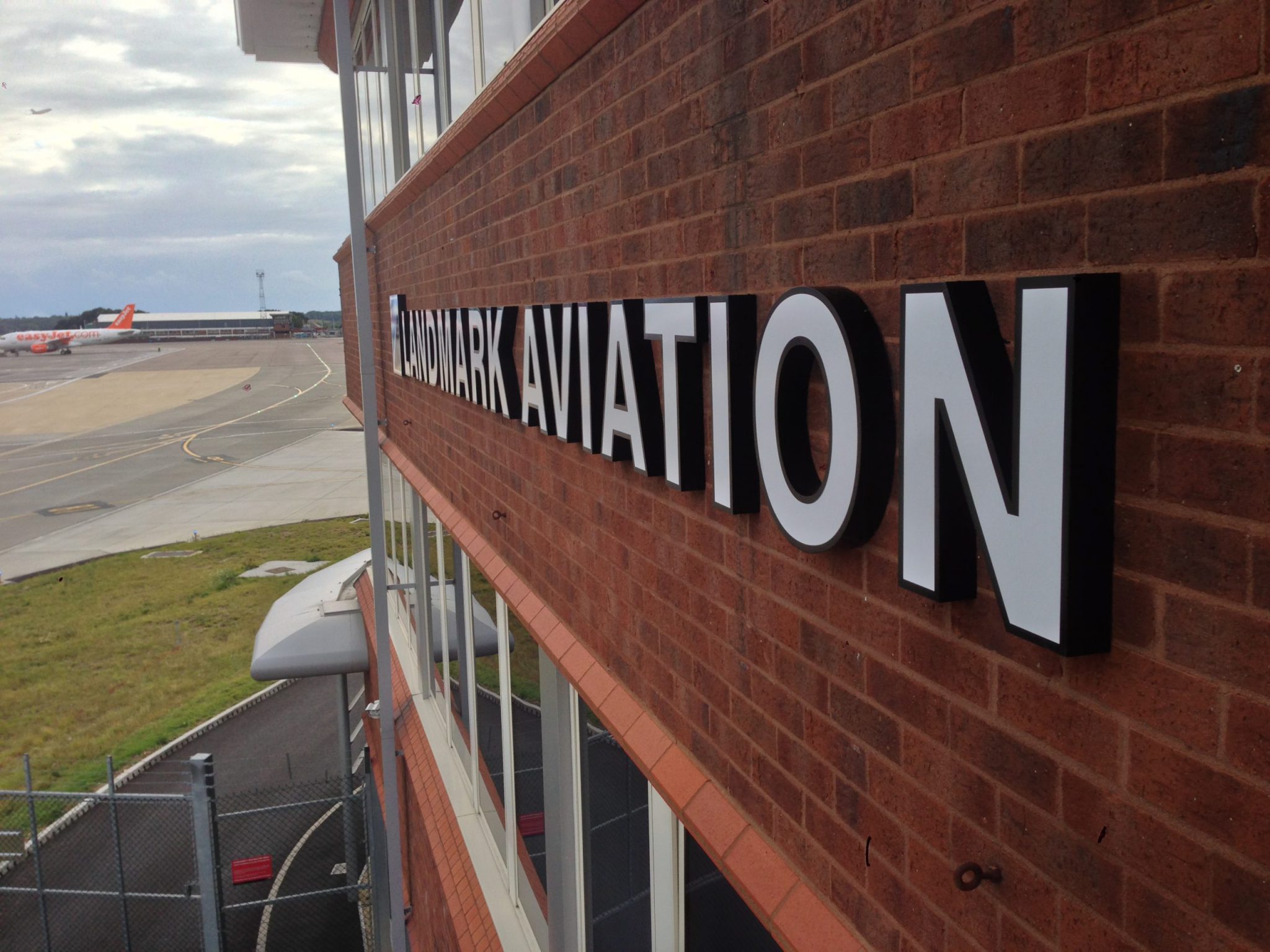 Stevenage Signs were called in when Luton Airport based RSS Jet Centre were taken over by US charter airline Landmark Aviation.

Stevenage Signs were awarded the contract to change all of the site signage and vehicle liveries. This included some very large ‘built up’ letters to be installed at the top of the Landmark Aviation aircraft hangar – some 65 ft up!

Smaller built up letters were installed to all four elevations of the head office building and included one set that were internally illuminated.

The installations took place over a week’s period and involved scissor lifts and vehicle mounted access platforms which Stevenage Signs are IPAF certified to use.

There were also lots of internal signs and window graphics. It certainly was a very busy week!

Get a no-obligation, free estimate now

Get a no-obligation, free estimate now

That’s a wrap ✅ Originally this was a plain

@auroralightingtrade came to us wanting to make th

Check this out for an office partition 🤩 Alch

Printed media and vinyl graphics for BELS 🧯 On

Registration graphics we had the pleasure of supp

@satchellsestateagents came to us with an idea to

We are proud to say that we have completed our fir

Another @aspect_maintenance vehicle completed that